Update (24 June 2014): Didn’t know that City Square Mall has a media company now to manage its online presence. But any, I was recently contact by them over the availability of the shuttle service. City Square Mall no longer has any shuttle services being offered to mall goers. The public is advised to make their own arrangements to travel to the Mall now, which should be relatively easy as it is connected to Farrer Park MRT station.

The name “City Square Mall” is generic around the world. There are at least three malls in three different cities I know bearing that name: Johor Bahru, Malaysia; Singapore, Singapore; and lastly, Vancouver, Canada. (What is up with the minister calling Singapore a city?) With this, I hope the readers will know which mall I went to: Singapore’s City Square Mall.

City Square Mall, being located near to Farrer Park MRT station, has shuttle services serving the two population centers, Toa Payoh and Lavender. (Wait, Singapore being a city, there is only one population center. Right?) Before I proceed any further, I would like to disclose the following:

With that, let me continue.

In the late afternoon, I decided to go to the Popular branch at the Mall. My writing pad is running out and I had to restock on stationery. So, off I go. The wait for the shuttle service was not that long. THere is a schedule posted up at the designated bus-stop that they are dropping the customers from the Mall. Following the schedule, I waited only 10 minutes for the bus to arrive. Boarding the shuttle, I found a trolley in my path. Mind you, it is not the SBS bus they could have chartered for, but it is a minibus with a narrow walking space. Well, according to the driver, by next week the rules will be changed to disallow the use of trolley on the minibus.

As we approached the Mal, the 2-way road leading up to the loading/unloading area got congested. In a bid to send us to the Mall on schedule, the bus driver decided to cut into the oncoming lane. And yes, there were cars streaming towards the minibus. Luckily the other driver was not speeding, who knows what kind of accident we would be in. After that scare, we went to the Mall.

I bought my stuff and played a round of Time Crisis 4 before heading back to the shuttle service waiting area. It was chaotic. There were seats for the people to wait, but they were fully occupied. Peple were milling around the entrance, waiting for the bus. There was no orderly line at all. When the security guard signaled to us that the minibus had arrived, everyone rushed in, the typical Singaporean kaisu attitude. There was a small confusion as the minibus that arrived at the loading bay was not towards Toa Payoh, but Lavender. From the crowd’s reaction, I could deduced that there were more than half of them who actually wanted to go back to Toa Payoh. Their minibus came 5 minutes later. While waiting, the crowd decided (or forced to) queue up.

When the minibus I boarded just started to reverse out of the lot, it gently bumped into another minibus behind. Apparently, there was a third minibus. The driver decided to offload his passengers outside its lot for convenience. See what has convenience had done to most of us on the bus? We were kind of shocked by this event. Our driver, who drove me on the trip to the Mall too, went out to check the damage. Apparently, it was minimal. He went back to his driver’s seat and drove us back to Lavender MRT Station. Along the way, the same thing as above happened again. The bus driver decided that the one-way road that goes through to the stadium could accommodate two vehicles. It was rather fortunate that there was no further accidents from this.

I alighted at the MRT Station, wondering what could have caused these events to happen.

In any case, I hope this does not repeat again. It can certainly spoil all the shopping mood. 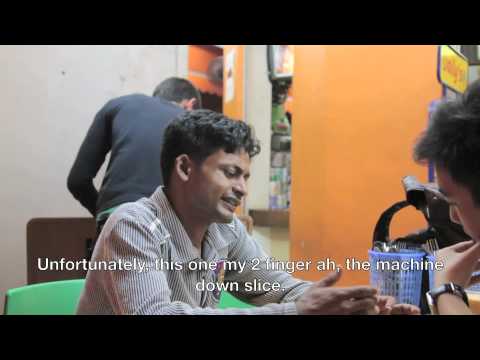 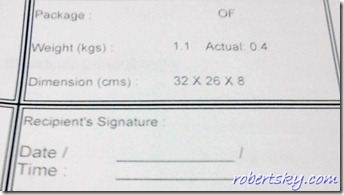